Don't be alarmed with the aliens that take over at 3:20.
Dan & Nathaniel were hanging out in youtube land, learning about planets and the Family of the Sun song.

Can't figure out the quality of the videos.  Seems that once you upload to youtube and then upload to Blogger, they turn into 1994 pixel quality. Working on figuring that out...
Posted by CBM CBM at 7:16 PM No comments:

Apparently, we're raising roosters.  There's no other explanation for why these children continue to wake at 4:45am regardless of what day it is.

They've played, we've baked muffins, now it's time to settle in a movie before we head out for a playdate.

From the looks of it, we only have One chair in the house. 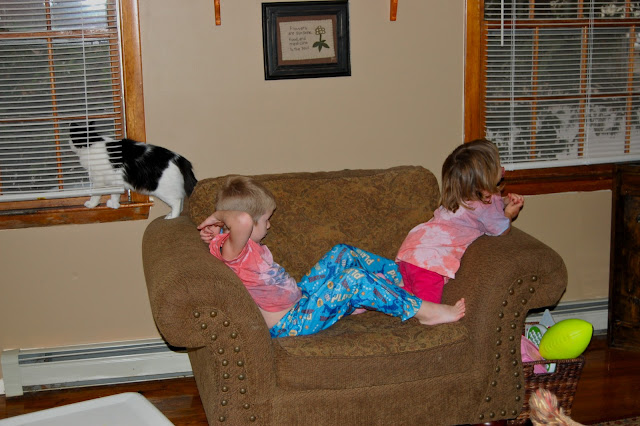 I was dying for REAL chicken fingers tonight.  We had a ton of chicken in the fridge and all the right ingredients, so we started the adventure.  Audrey moved on and watched tv with her crackers while Nathaniel got all the ingredients out and followed directions to a tee.

Egg, flour, vinegar, baking soda, bread crumbs, milk and so on.  We were doing great.  1 Quart of oil in the pan.

And that's where it all went wrong.  I put it on high to hurry it along, I put a lid on it to avoid anything splattering out and burning either of us.

Took the marinading chicken out of the fridge, took the lid off the pan and BOOM, smoke filled the house instantly.  Stop, Drop & Roll type smoke.

I took the pan outside, Nathaniel grabbed scarfs for us all to wrap around our faces, I opened windows, he got us all paper bags to breathe in & out of, I started some fans, he explained to Audrey that we were going to be ok.  He was amazing.

The house was full of smoke, it was awful, I've never seen anything like it just from simple cooking. We froze during the airing out process but eventually things were back to normal.

We salvaged the oil, started over & ate delicious homemade chicken fingers followed up with pumpkin pie.  Everything was right in the world again.

Dear God. Thank for you this beautiful day but not the strong wind I didn't like that. Please don't make tomorrow as windy...."
Posted by CBM CBM at 6:18 AM No comments:

Me:   OK Guys, I'm going to make eggs for breakfast
N:     But Moooom, Eggs aren't for breakfast, they're for Dinner!!

When thinking we were out of diapers & pull ups:

While I was working on Veteran's Day, the kids were home with Dan. They had some great fun outside.

This is from October when Nathaniel tested for his yellow belt.

I had a hard time getting it under 10 minutes and still giving a taste for all of it. Forgive the shaky camera, I had Audrey on my lap.

You can also watch it bigger here

I don't know why this pic wasn't in with the others.  I don't even know why I like it so much.  But I do.

Maybe because they're each in their own little Halloween land of make believe.  Taking it all in. Together. 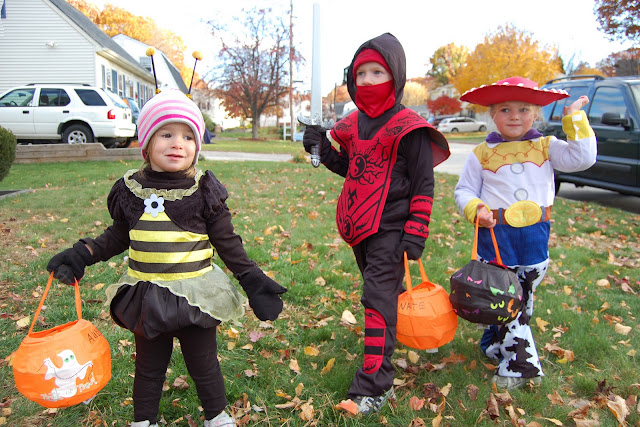 This one is up there for grabs as #1 favorite too: 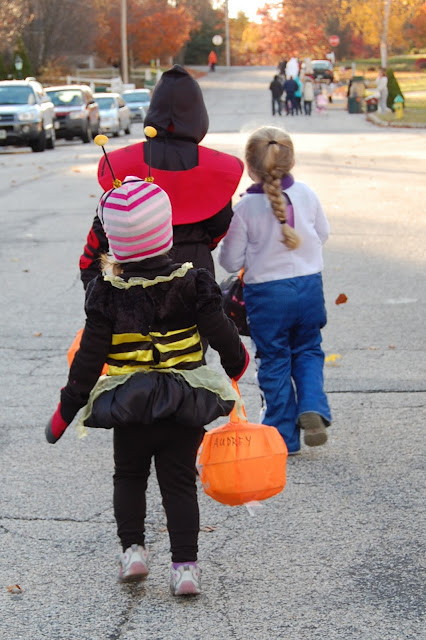 Here's another that was never posted.  From a walk we took a few weeks ago, before hats & gloves.
And before the color Really hit our area. 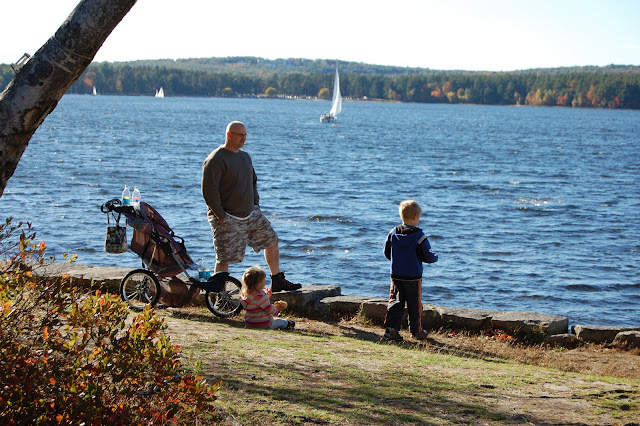